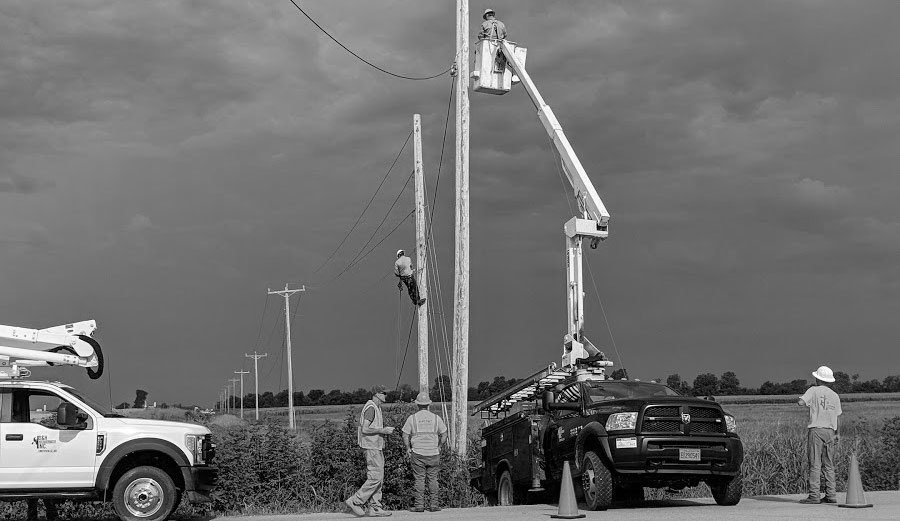 Customer Q&A: How Craighead Electric Cooperative deployed their fiber network 55% ahead of schedule

Craighead Electric Cooperative Corporation (CECC), founded in 1937, is an electric utility distributing power to eight counties in rural Northeast Arkansas, USA. Their mission is to responsibly deliver reliable, high-quality services to 30,000 members at the lowest possible price. In 2017, CECC initiated a $110 million project to modernize the grid with a communications network that will be leased to CECC’s wholly owned subsidiary, ‘empower’, providing desperately needed high-speed broadband services across the community. The project, delivered in partnership with Irby Utilities, will roll out close to 5,000 miles of fiber optic cable across rural Arkansas.

We sat down with CECC’s Fiber Assets Manager, Jeremiah Sloan to talk through the project and understand how Render is helping them achieve a 55% reduction in production timelines while significantly reducing construction costs.

Thanks for chatting with us Jeremiah. When you were going through the broadband feasibility study, what were some of the drivers for this project?
Obviously, there is an economic and commercial impact that a true broadband connection can bring to a community, however, on a more personal level, the opportunities for education, medical, entertainment for our members is the ‘why’ behind this project.

We heard stories of families having to drive their children 30 miles to free wifi to complete homework or increase bedtime because they couldn't have more than one child on the internet at a time. Members needed us to create a new service offering in broadband that would deliver folks who live in our service areas the same opportunities afforded to those who live in the city. We completed a study that lasted close to a year meeting with vendors, industry consultants and utility construction firms to identify what was really important to the project. Our goals were to deliver a network as efficiently as possible, at a minimum cost while maintaining the integrity of our existing system.

What steps did you take to bring the project forward - talk us through the design, planning and implementation stages?
Our first priority was to identify a network design that covered our entire deployment plan, upfront. We initially thought that we would deploy a traditional project management model in terms of building the infrastructure - hire more people, spend more man-hours, basically just brute force the construction. That's traditionally what you do, right?

We had a large design that needed to be deployed and a distributed workforce needing to make informed decisions in the field based on what they encountered. When we learned about Render’s capabilities, we realized that it could provide an environment that delivered the network design into manageable tasks but more importantly gave us the ability to make informed decisions on the infrastructure & deployment whilst continuing to construct.

How was the transition from network design to construction?
We were introduced to Render in the design process, by our network design partner Biarri Networks, and I think that that's the right time to be talking about project deployment.

We intentionally spent a few months establishing our design and project management, time well spent given the importance of accurate field data during the construction process.  As far as importing a design into Render and setting up the roles around how we maintain the integrity of the data, that took us a week or two. We were able to take the network design and flow it seamlessly through to project and task level management.

Once the construction started, the rich design and field data enabled us to construct really quickly.

We've been able to build 55% more fiber and our outside plant is being deployed 84% faster than planned in 2018 which we attribute wholly to Render.

It just makes the design very 'constructable', it's intuitive and literally places the construction crew in or on the data - ‘ I know exactly what I need to do with this pole, I don't have to flip through 100’s of pages of design data.’I've managed a similar process before and stumbled on the transition from what our engineers design to capturing as-built records centrally without needing to manually reconcile the data. You have a lot of very smart people touching the data and trying to maintain it by interpreting what they're saying on pieces of paper when really, by working off a centralized data source, as we do in Render, it makes it so much more seamless.

What were some of the core milestones or metrics you were working to?
Our goal in the first three years was to cover 50% of our membership, to deploy the system in a manner that would touch as many members as possible. At this rate, we're going to realize that goal in less than 18 months, a testament to how efficient the network deployment has been.

When we initially began the project we were prepared to have four full-time construction management personnel, however, with Render, we realized we only needed one guy. We're exceeding our project expectations on 25% of the forecasted resource spend.

From a production perspective, we’re 55% ahead of production timelines yet 12% under budget

Our final true north was being able to successfully deliver on a project of this scale. The project and resource management has surprisingly been the easiest one to meet and exceed.

How have you been able to deliver greater progress visibility to stakeholders?
Absolutely, it’s a huge investment and we need to prove to our stakeholders that we're spending resources in a way that is efficient, effective and ultimately benefits the member. Traditionally, a lot of time was spent preparing status updates and tracking progress. We no longer need to devote resources to this, every stakeholder can access real-time geospatial progress views enabling smart, data-driven decisions on the deployment which really builds confidence in the project.

We have developed custom dashboards to track and display as-built completions enabling project leads or managers at any point in time to say, "Hey we've completed 'x' amount of the project, that puts us ahead of or behind schedule."

You have shared some impressive project metrics so far, what are some of the other wins?
From a project management standpoint, we couldn't be more pleased. Render's inherent features have been revolutionary - live metric tracking, working off live data, instant as-built records, even invoicing has become seamless as a result.

Outside of the software capabilities, the broader tangible benefit has been the project support we have received. Being able to talk with the Render team and access your experience in this type of construction and perspective on the project itself, the general buy-in has far exceeded our expectations. That is where we see real value.

What’s on the horizon for CECC?
Being an electric utility and distribution cooperative there's expected growth and change. The topics that you see in the news are real considerations for us: smart grid, distribution, automation, renewable energies and distributed generation. These emerging technologies help us to deliver a future that our members want and need - whether it be solar power or electric vehicle charging stations. All of these utilities hinge upon a high-speed broadband or data connection so that's the focus and future for us. If we can sustain this progress, I believe the future is closer than we think..

How Irby and Render are removing network delivery risk for cooperatives